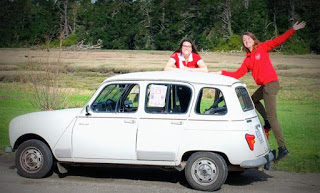 In February 2016, three teams from IMHI will participate to the 4L Trophy desert Rally. Students from all over Europe will drive 6000km from Biarritz to Marrakesh in old Renault 4L cars, seeking challenges and adventure.

The rally was started in 1997 by a student called Jean-Jacques Rey at ESC Rennes School of Business in France. The first rally was held in 1998 with three teams. That number has grown exponentially each year since the beginning. The 2015′s edition counted 1,159 teams and 2,318 participants from 1,460 schools.

This year, 3 IMHI teams are starting their preparation for the 19th edition of the 4L Trophy. We all started our preparation almost 6 months ago in April 2015 by sending our pre-subscription to the organization leader: Desert Tour. Once we received our team number we actively started looking for our 4L cars which became the third team member for each crew. Then started a long journey of preparation. Indeed we are still searching for sponsors, donations, and getting our cars ready.

Team # 1: Svetlana Feodoroff and Camille Monod; The Team “Paris Brest” as they car is based in Bretagne and girls are superstar in the regional newspapers. They are raising money through micro sponsoring offering a picture on their 4L in exchange of a donation.

Team #2: Astrid Cahelo and Blandine Decaux; Both came back from an internship abroad and start the preparation from oversea. Astrid and Blandine also named “Les Marie Chantal” wanted trough the 4L Trophy to be part of a human adventure by bringing school supplies to children in Morocco.

Team #3: Camille Desforges and myself, EmyBaumgartner. Even before joining IMHI, we wanted both join 4L IMHI – ESSEC association. We believe that 4L Trophy is a great adventure and a way to be part of a humanitarian mission and challenging journey. 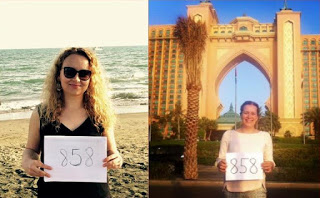 We are all very excited to take on a solidarity project during our studies at IMHI. We saw a chance to open ourselves to a new challenge, which was not in our core program. The humanitarian actions are coordinated by the French association “Enfant du Désert”,” which collect school supplies for children and builds education facilities.

Email ThisBlogThis!Share to TwitterShare to FacebookShare to Pinterest
Libellés : 4L, Outside the Classroom