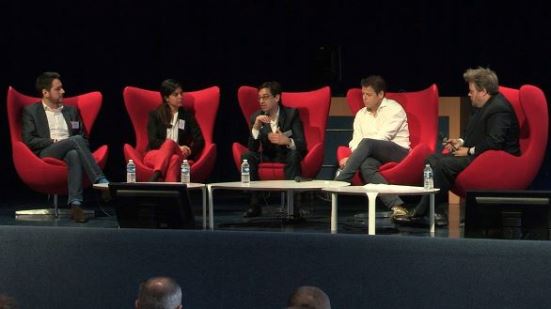 After any headline year, it’s always easy to be pessimistic. After a record-breaking 2015, in which hotel transactions topped $85 billion, single asset transactions broke through the $47 billion dollar level, and Blackstone claimed the largest ever portfolio acquisition in eight years (Strategic Hotels & Resorts for $6 billion), common sentiment may be “things can only go down from here.”
And while this may very well be the case, let’s not mince words: Going down from $85 billion in transactions is nothing to scoff at.

In May, at the IMHI Forum, Thomas Lamson, Executive Vice President of Transactions for JLL France, tempered any fears the audience may have had in regards to the robustness of the European hotel brokerage market. According to him, while the market would no doubt slow down (again, how can’t you, from nearly $90 billion?), foreign investment would continue its flows into the continent, with gateway cities such as London and Paris leading the charge.

According to Mr. Lamson, a startlingly overwhelming amount of all foreign cash inflows was focused on the French capital.

Indeed, if there’s one thing that may raise caution, it’s the latter’s prominence within the French transaction market. According to Mr. Lamson, a startlingly overwhelming amount of all foreign cash inflows was focused on the French capital.

And the numbers are there to back it up.

According to an HVS report, in 2015, while France enjoyed an increase of 16% in single asset transactions, 80% of those occurred in the Greater Paris area. While this no doubt satisfies investors already present in the metropolis, it does raise concerns about the market’s centralized nature. This figure overshadows the 63% of UK single asset transactions focused on London, demonstrating the latter’s nation as a more spread out investment environment, with burgeoning growth in markets such as Manchester, Birmingham, and more.

But it’s one thing to look at where the money’s going, and another to see where it’s coming from. In 2015, private equity investment into hotels reached nearly 28% of all inflows, thereby demonstrating the financial community’s continued appetite for the hospitality industry; this figure was tailed closely by institutional investors (pension funds, insurance companies, etc.) showing that even typically risk-averse investors are interested by the manageable, variable returns hotel properties can offer.

And as always, the Middle East demonstrated its sustained interest in European trophy assets, with the Qatar Investment Authority purchasing the star-studded Maybourne Collection – comprised of Claridge’s the Connaught, and the Berkeley – for €2.75 billion euro.

Again, however, while 2015 may have been a banner year, it’s important to note firstly, the strong fundamental performance of hotel assets driving demand, a continued low-interest rate environment, as well as the fact that the Q4 of 2015 accounted for a third of the year’s total transaction volume, which may very well spillover into 2016. And this is to say nothing of the continued ascendancy of the German hotel market, and revitalization of once-embattled tourism hubs such as Spain and Italy.

Even if 2016 doesn’t turn out like 2015, the transaction market may very well have a rosy period ahead.

During the last IMHI Forum, interesting topics were discussed by industry professionals. Current student Daniel Portoraro was present to report about the most memorable messages of the day.