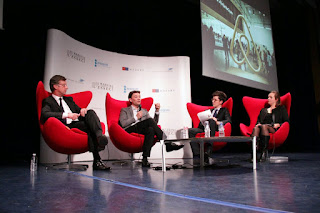 The new trend of collaborative consumption has rattled many businesses, particularly in the hospitality and travel industries. With companies such as Bla Bla Car, Airbnb and Uber making waves around the world, how are other existing players reacting to these new competitors? On Tuesday the 24th of March, Les Mardis de l'ESSEC had the privilege of hosting Sébastien Bazin, CEO of the ACCOR group and Olivier Grémillon, Managing Director (EMEA) of Airbnb at ESSEC Business School to gain inside information on what these companies actually think about each other.

Accor and Airbnb target similar markets however differ substantially in terms of service offerings. Are they truly competitors? Both Bazin and Grémillon unmistakably agree that no, they are not. In fact, they say that both companies complement each other as is evident by the market situation in Paris. Airbnb has over 44,000 apartments in Paris however Accor is also performing exceptionally well. Bazin states that as long as Airbnb users remain true to the initial concept and don’t use the platform for industrial or commercial use, Accor will adapt itself to the changing landscape where the core experience is now the client and its emotional response. Airbnb has even sometimes been an inspiration to Accor. 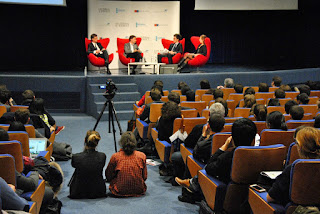 Bazin comments further that Airbnb’s success can be explained by the 5% annual growth of worldwide travels. Hotels grow at a more modest pace of 2%. One aspect that is fundamentally different between these two companies is their cost of capital. Capital markets seem to value Airbnb based on the volume of travelers and clicks whereas Accor is valued on its earnings and income. Consequently, Airbnb’s market cap is superior to Accor’s even though Airbnb doesn’t own any real estate. This uneven playing field provides Accor with a tremendous challenge as it tries to grow and move as quickly as Airbnb but is held back by its weight.

Moving deeper into the subject of just how different these two products and services are: should they be bound by the same regulation as they are offering virtually the same thing? Once again, Bazin and Grémillon agree that no. As they are different products, they cannot be regulated by the same policies. Airbnb hosts file income taxes whereas hospitality firms pay corporate taxes. Bazin also mentions that he has no interest in fighting Airbnb on taxation grounds as long as the company remains true to its original spirit of providing a local stay at home experiences to travelers. From his perspective Accor is a hospitality firm that is trying to embrace a tech dimension whereas Airbnb is a tech firm trying to improve its lodging experience. 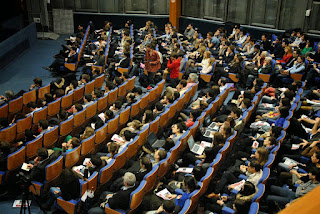 Airbnb is a technology company at its core, with its competencies firmly developed in the digital realm, can Accor catch up? Historically, hospitality firms have focused on product and brand building however since 2005 the sector has experienced rapid change with companies such as Expedia and Orbitz entering the market, replacing distribution
channels and eroding profit margins. Bazin agrees that the industry did not react quickly enough to this change and now Airbnb, unlike Orbitz and Kayak, introduces a true threat to the existing and prevailing model in the hospitality industry by taking advantage of the share economy. There is nothing left for Accor to do but to stop being a spectator and become an actor. Grémillon mentions that Airbnb is a firm focused on design, for example, by spending a lot of money and sending professional photographers to take pictures of upward of 50% of locations in main cities. Airbnb is more reactive, dynamic and lighter relative to companies like Accor and takes advantage of its ability to move fast and create a buzz at any moment and very cost efficiently.

Accor wants to work very hard to be present beyond just step 5 and become part of the dream and beyond. To achieve this, it must stop focusing on the commercial aspect and instead build an emotional relationship with its prospective and existing clients.

So what does the future hold for both companies? For Airbnb, Grémillon says strong growth! He wants to see, for example, up to 900,000 apartments listed in Paris in the near future. The Chinese market is also in sight however poses challenges as they have to rethink their partnership with Google before entering that market. Airbnb also wishes to expand their services to cover more aspects of the travel experience but of course, no details were provided. Bazin sees the future of Accor based on its adaptability. 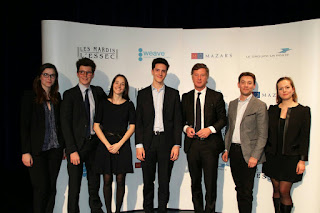 ESSEC Business School and Les Mardis de l'ESSEC would once again like to thank both companies for participating in the evening and for the insightful information that was discussed. Thank you also to the organizers, students, alumni and staff who attended.
Publié par Anonymous à 16:02

Email ThisBlogThis!Share to TwitterShare to FacebookShare to Pinterest
Libellés : Outside the Classroom